I learned to fly airplanes a long time ago. More than 20 years ago, in fact. But because I was not too bright, I stopped flying maybe 3 flights before my Private Pilot check ride because I had to move away to attend graduate school. I figured I'd continue once I got settled in to student life.

Yeah, not too bright.

Although I wasn't earning a lot of money prior to grad school (this is back in 1993) I still hadn't grokked the delta between "earning (anything)" and "attending graduate school." If you live in an urban area in the U.S. - in other words, if you don't have easy access to a nearby airplane at a friends and/or family rate - getting your pilot's license is expensive. If you're workin' for a living, at least. So long story short, I never finished the license.

This continued to irk me.

I never got my degree, either. Another long and pointless story. But two decades later, gainfully employed and looking for a project to yank myself out of a near-terminal depression, I found myself complaining to a friend of mine that I'd never finished my license. I was complaining about a lot of things, in fact, but that was the subject du jour.

"What would you do with your license if you had it?" he asked me seriously. "You live in New York City."

"But what would you want to do with it? Why do you want to get it, other than to have it?"

I thought about that for a bit, stumped. Ten seconds later, though, an answer came to me and I blurted it out. "I'd fly myself across the Australian Outback."

I looked at him in confusion. "Because it's there. I've never been to Australia, and I want to go. I really want to see more of it than I'll see hanging around on the coast. I'm not a hiker, and I'm afraid of poisonous things - so I'm not going to go adventure camping there. Probably never happen, though, doubt I could afford it. But man, it'd be cool."

My friend thought about this for maybe ten seconds. "So get your license. When you get it, I'll fly across the outback with you."

And thus the idea was born. I declared that within five years, this trip would happen. We shook on it.

Fast forward two years. I had sunk further into depression. I was bunkered down in New York City, in a job that wasn't rewarding, doing nothing I felt proud of. I had hired and fired a pair of shrinks. I had tried antidepressants. And then I went to visit my oldest friend (let's call him B), who lives in Massachusetts. I would see him periodically, because his house was exactly halfway between home and my Dad's place in Vermont. He started poking me too, because he could see I wasn't in good shape. He asked what the hell I could do to get my fat chunk out of New York City. I idly mentioned Outback Overflight. "That's perfect," he said. "Why don't you do it?"

Because. Reasons. Lots of reasons. Couldn't. Wouldn't. Too hard. Not practical.

For this among many many things I owe him - he called bullshit on all of it. "You're being an idiot," was his refrain. Finally the last logistical objection came up. "I live in New York City and I don't have a car within range. The nearest flight school is an hour and a half away, and it's stupid expensive because it's in the New York Area."

"Um, there's an airport three miles from this house. They have a flight school."

"Okay, but it's two hours and fifteen minutes from here to home, so even if that's cheaper, it's still a nightmare."

"So stay here. The basement's empty."

"Work remotely, you idiot. You're an Op in a cloud-centric company."

So. That was early 2012. A couple of months later, I had arranged to work mostly remotely, and deliberately without planning much else I'd packed a suitcase and a laptop bag and driven to his place. There was a sofabed in the en suite basement. He had wifi. Perfect.

I spent six months mostly in Northampton. I reconnected with him, his wife and their daughter, all of whom reminded me why in fact I needed to spend more time with humans - especially awesome ones. I started flying twice a week at Northampton Aeronautics, at 7B2. They had several Pipers and one Cessna 172 (an older, slightly beat-up one). Since my prior training had been in Cessnas, I stuck with that plane. I chronicled my training on Everything2, a website I've written a whole ton of stuff on.

In December (on December 12th to be specific - 12/12/12), on a cold clear day, I climbed into N12732 with Mr. Royal Griffin, a cheerful, thorough and intimidatingly expert pilot examiner. An hour later I landed back at 7B2, and after I'd pulled the mixture to idle cut-off and was securing the airplane, he turned to me and said "Congratulations. You're a Private Pilot." 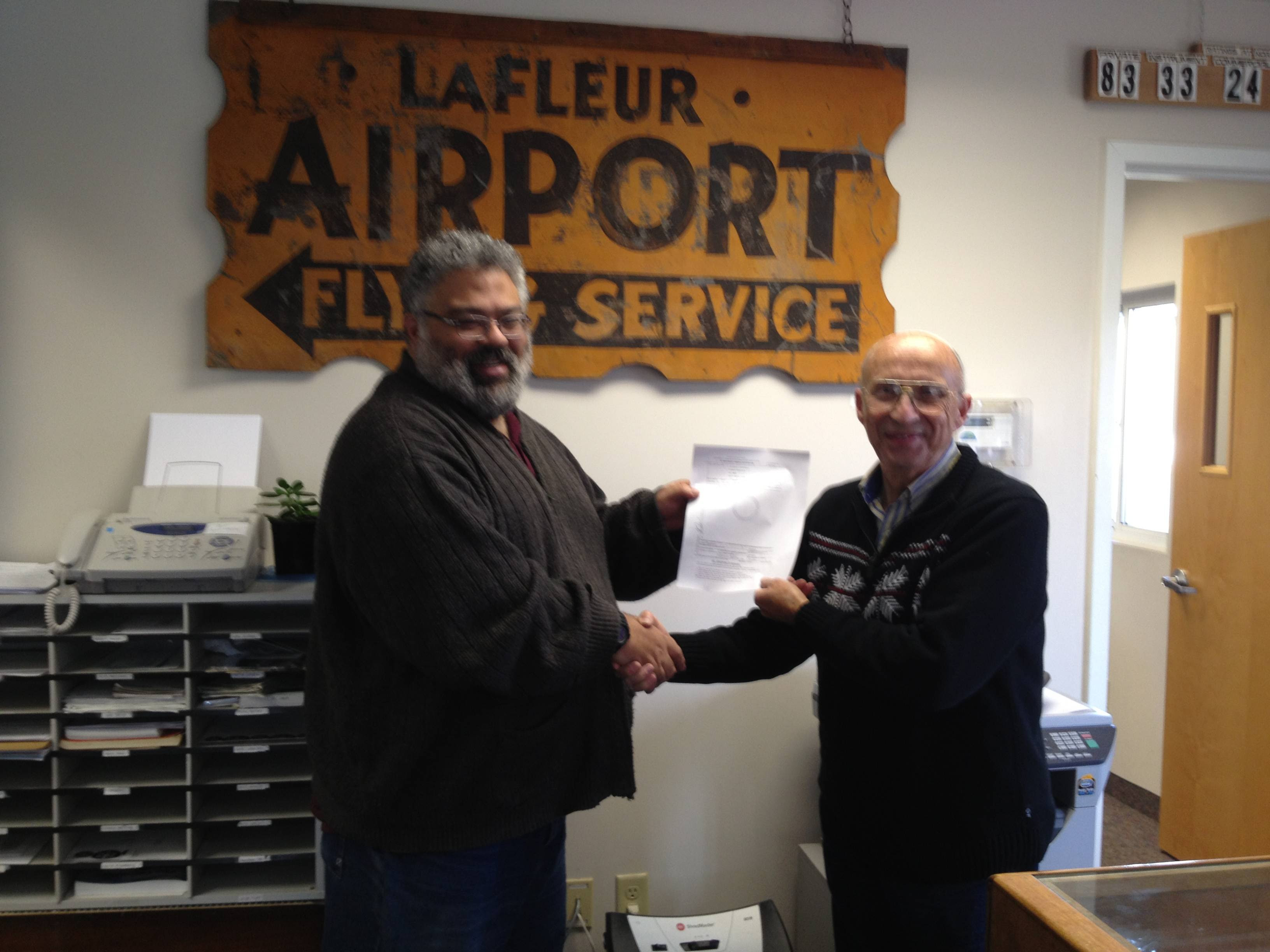 I excitedly told all my friends. And sure enough, the friend who had started the whole thing said "That's nice, idiot. When are we going to Australia?"

So I began to plan in earnest.